You Can Never Learn Enough History 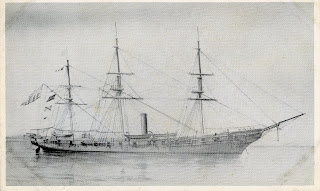 I've finally caught up with my pressing deadlines and I'm diving in to start writing two new non-fiction history books that I have contracted to write for History Press and Prometheus Books.

First up is a new historical look at Alabama's Gulf Coast, Mobile and Baldwin Counties. The book will be  titled, A History Lover's Guide To Mobile And Baldwin County (sums it up, doesn't it?) and will be an historical travel guide to the region. Each chapter will introduce readers to a particular aspect of Alabama Gulf Coast history then take them to places where they can experience that history and have it come alive.

Maybe it's a museum, a cemetery, a church. The goal of the book is to bring the rich history of the area (the city was founded in 1702) to life for visitors and residents.

The second book is one I've been toying with for a couple of years now and was put aside so that I could work on Space Oddities. With the glowing reviews from readers who received pre-release copies, my publisher, Prometheus Books, asked if I had something else up my sleeve that would be in the same vein. I immediately sent them a proposal for, Everyone's Gone To The Moon, Life On Earth And The Epic Voyage Of Apollo 11.

The premise of Everyone's Gone To The Moon is to take a trip back in time to the month of July 1969. It will be a journey through the entire month telling little known and forgotten tales of our first moon landing, Apollo 11, from preparations to splashdown and a hero's welcome.

But more than that, it will bring to life stories of life here on Earth during that time. Yes, on July 20, 1969, it seemed like everyone had truly gone to the moon. Just about everyone alive stopped and watched in wonder as Neil Armstrong and Buzz Aldrin took those first tentative steps on another celestial body. But except for that brief, fleeting moment, the world continued on - wars waged on, protestors filled the streets, and families were just trying to make ends meet.

These long forgotten stories of the pop culture, the politics, weather disasters, and life in general in Hometown, USA took back seat to the historic space feat. This book weave those stories with that of the Apollo 11 mission, and from my research so far, 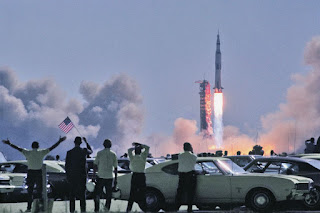 I think you will love the book and the snapshot of life here on Earth during a turbulent time.

My deadline for the Mobile history book is September and we're hoping for a holiday release. The deadline for Everyone Has Gone To The Moon is December 1st with a spring 2023 release. Oh, and it will be my first hard cover book.

I'll keep you posted on the progress!

Joe Cuhaj
Growing up on a mountainside in New Jersey sparked Joe's lifelong passion for the outdoors. And nearly 40 years ago, he discovered the largely unsung adventures of Alabama’s vast natural playgrounds when he moved to Mobile, the hometown of his wife, Maggie. It was a big move for Joe, who’d built a name for himself as a radio broadcaster in the New York Metro area. But he soon found his footing in Alabama, where he worked in a variety of roles, from anchor/reporter to producer, for several stations. He currently writes for a variety of online and print publications, and he’s the author of six books published by Menasha Ridge Press and Falcon Books that focus on the Alabama outdoors. His first,"Hiking Alabama" (Falcon Books), was published in 2000 and is now in its 4th edition. And he manages to do all of this while holding down a full-time job as a computer programmer. Joe's other books include a look at the rich baseball history of the Gulf Coast port city of Mobile titled, "Baseball in Mobile" and a collection of humorous short stories that will be re-released in a print edition, "Living in a Banana Dream".